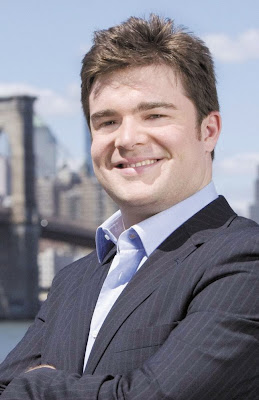 WITH A PROGRAM FOR 2009 BEST DESCRIBED as “adventurous,” Brooklyn Philharmonic Music Director MICHAEL CHRISTIE has further established the orchestra as a force to be reckoned with. At Tuesday’s lunchtime schedule unveiling he detailed several programs, collaborating artists and venues that even the most musically disinclined observers could agree sounded exciting.
“We are trying a repertoire that other orchestras might think wasn’t possible in the time we have to do them in,” said Christie. “We’re very, very lucky.”
And later, referring to the industry, “If you don’t have a big agenda, you are going to get run over.” “A unique artistic profile” and “untapped compositional talent” from south of the border will open the season in late January in “Nuevo Latino,” while “Things That Make You Go Vroom” will feature remote control cars at the Brooklyn Museum just before summer. The U.S. premiere of “Tale of the Silly Little Mouse” (Shostakovich) will be performed at the BAM Opera House, along with the New York premiere screening of the Oscar-winning film “Peter and the Wolf” (Prokofiev) set to live music. Another night, “Peter” will be accompanied by a world premiere staging and choreography of “The Soldier’s Tale” (Stravinsky) on BAM’s stage.
(Choreographer JODY OBERFELDER, who is creating movement for “Soldier’s Tale,” said, “I’m rewriting it to make it a modern tale. Basically, he will have his violin confiscated at the airport, although I’m trying to keep it open to interpretation.”)
Other performances will be staged in the Brooklyn Masonic Temple and Brooklyn Public Library, St. John the Divine and Carnegie Hall.
Chairman of the board BARCLAY COLLINS made opening remarks, which included the revelation that after a lengthy search, Brooklyn Philharmonic has found a permanent home — for the first time — in the DeGraw Street Firehouse. Complete renovations are necessary before the space can be used, but if all goes as planned, BP will be able to occupy the building sometime next fall. The bottom floor will be a community performance space, and the second floor will hold the administrative offices.
“A lot of projects we are doing now feel very fresh to me,” said Christie, who is entering his fourth season with BP. “We as a staff have been working together for a few years now, and I feel like we are getting a feel for what the community responds to.”
Brooklyn Philharmonic is preparing to launch its newly redesigned web site within a few days. Once live, the 2008-2009 schedule can be seen at www.brooklynphilharmonic.org. Stay tuned.
* * * 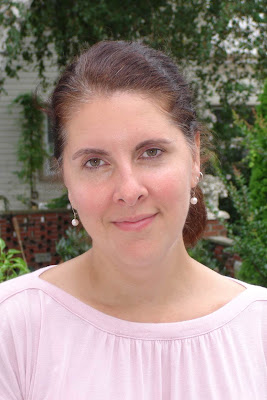 LAUREN ELVERS COLLINS recently joined the Gowanus Canal Conservancy as its new deputy director. Collins, who lives with her husband, BENTON, and two sons in Windsor Terrace, is not a newcomer to GCC. She organized the group’s first green festival, Gowanus Goes Green, in June, and has been closely involved with GCC’s plan to install Sponge Park along the Gowanus Canal. “My parents instilled in me a genuine appreciation for community and not-for-profit work,” said Collins in a statement. “I’m thrilled to join Bob Zuckerman and the Gowanus Canal Conservancy and look forward to contributing to the organization’s goals of cleaning up the Gowanus Canal and making it into one of the great Brooklyn waterfronts.”
While she will concentrate on advancing the goals of GCC, Collins will also work with Gowanus Canal Community Development Corporation and Friends of Community Board 6 as they use a $275,000 Brownfield Opportunity Grant to identify and redevelop contaminated land in the Gowanus area. Collins is a co-founder of the Windsor Terrace Alliance, and previously was director of campaign operations at United Way of NYC.
ANDY SIMONS, chairman of the Conservancy, said, “Over the last year, Lauren has shown incredible drive and organizational skills, as well as great ability with public outreach in our community. I am very happy that she is joining us full time.”