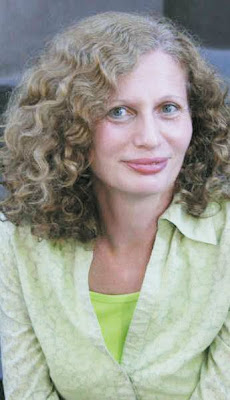 BETH J. HARPAZ, TRAVEL EDITOR for the Associated Press, where she has worked for 20 years, is about to be known, professionally, by another name: Mom. She has just released her third book, “13 Is the New 18 and other things my children taught me while I was having a nervous breakdown being their mother,” a humor-filled book about raising adolescents in Brooklyn. Harpaz offers support for other mothers left scratching their heads and trying to keep up with what seems like overnight change in their once-little boys.
She covers such subjects as putting your kid on the subway alone at age 10 (because it’s the only way he can get to middle school) and wondering what is the right response the first time your kid is mugged.
Harpaz has also written two other books: “The Girls in the Van,” about Hillary Clinton’s first Senate campaign, which Harpaz covered for the AP, and “Finding Annie Farrell,” a memoir about her family in Maine during the Great Depression.
As a second grader Harpaz decided that she wanted to be a writer, and she says she is grateful to have made her living as one, although, she adds that she is worried about the future of the written word. Harpaz lives in Brooklyn with her husband, ELON HARPAZ, and their two sons.
Meet Harpaz and see her read from 13 Is the New 18 at the Park Slope Barnes & Noble on Feb. 5 at 7:30 p.m.
* * * 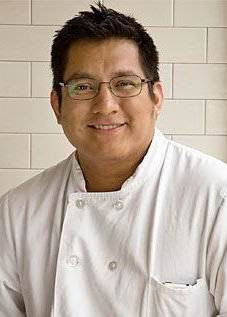 GET FRESH, THE ONE-YEAR OLD Park Slope market and online store, has reinvented itself with the New Year as a full-service restaurant. In addition to offering breakfast, lunch, weekend brunch, as of tomorrow it will also serve dinner, all under the new name Get Fresh Table and Market.
New chef and co-owner JUVENTINO AVILA, resident of Park Slope, formerly executive chef of Bonita’s and recently the sous chef at Double Crown, brought his passion for sustainable local and seasonal ingredients to Get Fresh Table and Market. Avila and co-owner CAROLL LEE of Carroll Gardens obtain ingredients from sustainable sources such as humanely-raised meat from Heritage Foods, and produce from the Lancaster Farm Fresh Cooperative and the Hudson Valley’s Blooming Hill Organic Farm.
Prepared dishes will still be available in the front of the house market area. It will remain BYOB for now. Visit them online at www.getfreshnyc.com.