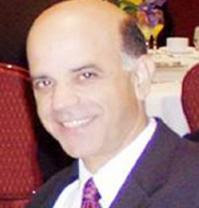 Sam Ibrahim
SAM IBRAHIM, the general manager at the New York Marriott at the Brooklyn Bridge, is right up there with Borough President Marty Markowitz as one of Brooklyn’s biggest boosters. British “Bobbies”-members of the British Police American Alliance-and the Ugandan North America Association are two of the international groups that, for the first time, will be hosting events at the New York Marriott at the Brooklyn Bridge come September.
Ibrahim is no stranger to New York–he was the director of engineering at the Marriott Essex House hotel on Central Park South and helped opened the Marriott Eastside at Lexington Avenue before crossing the bridge. But he wouldn’t take credit for bringing the bling to Brooklyn. “I surround myself by good people,” he said. “It’s the people at the hotel that make me look good.”