Howe’s Brooklyn: Shakespeare’s Twelfth Night Without a Man in Sight 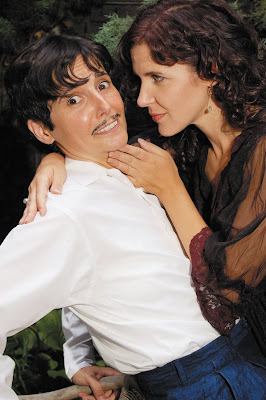 BROOKLYN-BASED THE QUEEN’S COMPANY is an acclaimed all-female classical theater ensemble that puts a “contemporary spin on Shakespeare’s brand of transgender casting.” (“All female! All the time! No apologies!” is their slogan.) REBECCA PATTERSON, artistic director and resident of Prospect- Lefferts Gardens, is directing the group’s upcoming production of Twelfth Night, which opens on Nov. 8 at Urban Stages (259 W 30th St.) and runs through Nov. 23.
Their productions are famous for being playfully sexy while also maintaining a high performance standard. As they explain, the ethnically diverse group’s productions are a mix of “lip-synched musical numbers” and movement sequences with “top-notch Shakespeare.”
Said Patterson, “I think it’s our responsibility as a New York theater company to reflect our city’s diversity. I want to see a stage that looks like a New York City subway stop.”
Terry Teachout of The Washington Post has written about them, “Bearded or barefoot, these ladies act up a storm.” John Heilpern of The New York Observer wrote, “The entire company is refreshing and enormous fun and a great contribution to New York Theatre.”
The cast includes DIONNE AUDAIN who has appeared in episodes of “The Wire” and “Law and Order,” Queen’s founding member KAREN BERTHEL, MEREDITH FORLENZA, NATALIE LEBERT, GISELE RICHARDSON, INDIKA SENANAYAKE, CAREY URBAN and KARI WASHINGTON.
A post-show discussion will follow the Nov. 15, 2 p.m. matinee with Patterson and cast members.
Tickets are $18 and can be purchased online at www.SmartTix.com or by calling (212) 868-4444. For more info visit www.QueensCompany.org.
* * *
MORE NOTES ON PEOPLE:

AS PART OF THE ALZHEIMER’S FOUNDATION of America’s (AFA) “Quilt to Remember,” THELMA ANTONIO of Midwood crafted a panel to memorialize her mother, RUBY LAKE, who died of Alzheimer’s disease at age 80. Antonio tells her mom’s story by including on the quilt an outline of the island of Antigua, where her mother was born, cards to depict her love for playing solitaire and a family tree, branching into four children and three grandchildren.
The organization says this is the first grand-scale quilt that pays tribute to individuals with Alzheimer’s disease, caregivers and healthcare professionals. It will be displayed at the Port Authority as part of the AFA’s Quilt to Remember Nov. 5 through 7.
“It brought back the memories I had with her,” said Antonio. “My mom was the very best of human beings. She was an endearing person to everyone she met … It gives me great pleasure to honor her with this quilt panel for the Alzheimer’s Foundation of America.
For several months, individuals with Alzheimer’s disease and related dementias, attending programs at the Sid Jacobson Jewish Community Center (JCC) in East Hills, N.Y., worked diligently to creating a heartfelt quilt that conveys messages about the brain disorder.
“The point was to have them be a real part of it and to dedicate it to themselves and others in the program,” said CONNIE WASSERMAN, the JCC’s program director of senior services. “We’re showing people as productive people, and that is the goal of our program. These are people who just happen to have Alzheimer’s disease. We don’t define them by the disease.”
The Port Authority exhibit coincides with National Alzheimer’s Disease Awareness Month and National Family Caregivers Month, both observed during November.
Individuals and organizations across the nation have crafted 112 panels for the project. Most panels, measuring 4 feet by 4 feet in size, have been stitched by spouses, children or other family caregivers to honor or memorialize loved ones. Organizations have crafted larger, 8-feet square panels to mostly pay tribute to clients and the healthcare professionals who care for them.
Said ERIC J. HALL, AFA’s president and CEO, “The photos, words and mementos thoughtfully woven into these panels give a rich snapshot of the diverse faces of Alzheimer’s disease. Incredible warmth emanates from each and every one of them, raising awareness of this disease in an unprecedented way.”
* * * 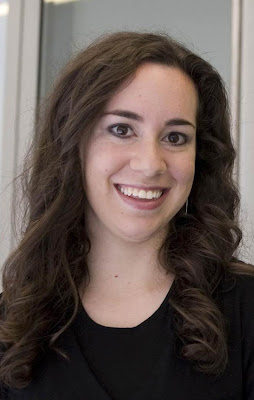 BROOKLYN’S ARIELLA ZOLTAN, a political science major at Yeshiva University’s (YU) Stern College for Women (SCW), is one of four scholars chosen as a 2008 winner of the first annual Henry Kressel Research Scholarship, established to support YU’s student research community.
Zoltan is researching religious accommodations for Muslims in France, Britain, and Germany, and hopes to determine if religious discrimination serves as a primary cause of violence and protest in Western Europe.

When written word turns to music: A night at BAM