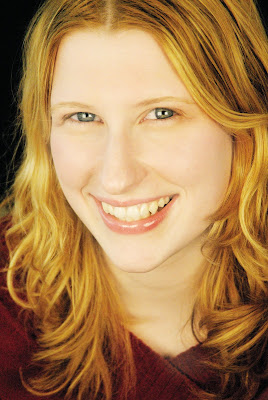 TWENTY-ONE-YEAR-OLD BROOKLYNITE JULIE NOTWICZ has been performing for years as a stand-up comedian, and before that as a songstress, but never has she combined her talents into one act as she has been invited to do by the owner of the Broadway Comedy Club. Quite the compliment! On Friday, Sept. 12, Notwicz will star in her debut one-woman act, the one-hour “Julie Notwicz Show,” at 7 p.m.

“It’s been two or three years since I’ve sung in front of a group of people, so this is like a come back,” she says, wryly, “except I’m not big enough to have a come back!”

Julie’s natural inclination toward entertaining was enhanced by her time at Brooklyn Community Chorus in Bay Ridge, where she was the first person to stay through the entire program and graduate, and AMDA (The American Musical and Dramatic Academy) where she majored in musical theater. Born and raised in Sunset Park, she now resides in Bensonhurst and is a graduate of Bishop Kearney High School.

FROM HER HEADQUARTERS in a converted Greenpoint warehouse, engineer ALIE SHAPER has fearlessly initiated her plans for a full-scale urban winery, ornately named Brooklyn Oenology. Her first vintage 2005 Merlot has already landed on the wine list at — you may have heard of it — Gramercy Tavern, and her whites and reds are being carried by Blanc et Rouge and reBar in DUMBO, LeNell’s in Red Hook, Morrell and Co. in Rockefeller Center and elsewhere.

Shaper hopes to one day have an operation in Brooklyn that can handle the entire wine-making process (minus growing grapes) on site, but for now she is making wines at “custom-crush” facility Premium Wine, in Long Island’s North Fork, where she recently worked in order to learn more about the industry, according to the New York Sun. Before that she worked first as a tasting room person at Rivendell in New Paltz, then in its SoHo shop, Vintage New York. In ’03 she left to work as wine director of a Long Island restaurant group.

She thought her own operation was probably 20 years away, but jump-started the process after one day realizing Brooklyn’s “artisanal resurgence” was the perfect atmosphere for realizing her idea.

“I thought, this would be a kick-ass place for a winery,” she told the Sun. “But I didn’t want to wait 20 years. My wine experience at that point wasn’t hands-on, so I decided — now I gotta learn how to make the stuff.”

Brooklyn Oenology is a member of the Brooklyn Chamber of Commerce.

AFTER WORKING FOR YEARS IN FASHION, most recently as an in-house producer for some prolific fashion photographers, Brooklynite ALISON PAWLING decided to take a leap — from handling fashion to designing it herself. At 26, she quit her Manhattan job, took a loan and used her savings to pursue her handbag-design dream, and her inaugural fall line will be launched this month. She plans to celebrate with a launch party in Carroll Gardens, where she lives with her husband and is “most inspired,” but details haven’t been set.

Her company, West/Feren, was inspired by Pawling’s grandmothers Mildred West and Mildred Feren, who passed to Pawling a love of fashion and creativity. Some of her first memories are of sitting in bed with her Grandma West, watching fashion shows on television while West offered passionate critiques of every designer. Her other grandmother, Mildred Feren, often brought Pawling on her travels abroad, and on those trips she came to appreciate that inspiration is often best found off the beaten path.

West/Feren is about combining stylish, high-end construction look with functional design, says Pawling. She is making a splash, having been recently been featured on Today Show, Marie Claire magazine, Dailycandy.com and Style.com.

Alison graduated high school early to work for Tommy Hilfiger in menswear design, before studying fashion and photography in art school. She spent her summers working to help launch Swiss Army’s first men’s clothing line. After graduation she cut her teeth at Marie Claire and Dolce and Gabbana.

BAM HAS UNVEILED ITS NEWLY redesigned and expanded web site, BAM.org, created by NY-based R/GA in collaboration with BAM’s in-house digital media team ADAM BROIDY, STEPHEN LITNER, ALEXIS DITKOWSKY, CHRIS TUSCIUK, and ANDREW NICHOLAS. The web site is noteably more streamlined and easier to use, with more videos, “select your own seat” and other options.