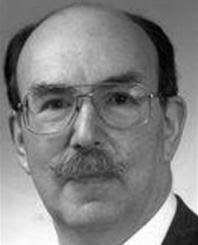 John E. HerzogLongtime Heights resident and financial memorabilia guru JOHN E. HERZOG will spread the enthusiasm for the Museum of American Finance’s move to Wall Street during an art lunch at the India House on Tuesday, Sept. 19.
Herzog, who founded the Smithsonian-affiliate museum in 1988, will speak about the plans for its new home in the former Bank of New York building at 48 Wall Street — the same ground of New York City’s first bank, founded by Alexander Hamilton.