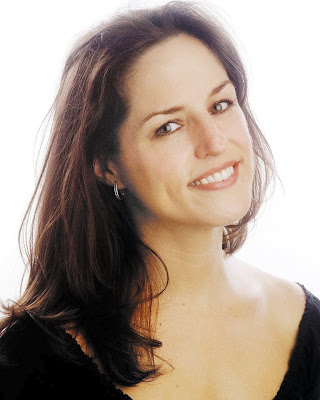 DEBBY APPLEGATE, winner of the 2007 Pulitzer Prize for her biography The Most Famous Man in America: The Biography of Henry Ward Beecher, will speak on Beecher this evening, October 30, at Plymouth Church of the Pilgrims on Orange Street.
From its founding in 1847 through the next four decades, Plymouth Church was, in the words of historian and author David McCullough, “not only the moral and spiritual center of Brooklyn and New York, but of all America … [Plymouth] was its foremost institution, bar none, the thing Brooklyn was famous for from one end of the land to the other.” The focus of that attention was Rev. Beecher, a man famous for his eloquence, his abolitionist views, and for a scandalous relationship with the wife of one of his parishioners, leading to a sensational trial in which he was acquitted.
After seizing upon Beecher as a great idea for a seminar paper, Applegate says she had no idea how much and how long “Beecher would capture my imagination.” Her talk, free and open to the public, called “Religion, Sex and Politics: Henry Ward Beecher and the Three Things Never to be Discussed in Polite Company,” begins at 7:30 p.m.
ON TUESDAY, PATRICIA KAVANAGH, M.D. spoke at the Heights Casino about her travel to Ramadi, Iraq, in July to teach at the first medical conference held in more than five years. Kavanagh and JIM GRANT are the parents of four children, including 1st Lt. EMILY GRANT, U.S.M.C., who is currently stationed in Iraq. Kavanagh discussed her impressions of life in Camp Ramadi and her impressions of the people and doctors of Al Anbar province.
Economist Jim Grant’s new book, Mr. Market Miscalculates: The Bubble Years and Beyond, has received rave reviews. From Publisher’s Weekly: “Collected from speeches and editorials by Grant, the editor of Grant’s Interest Rate Observer, these essays are remarkable for their prescience: Two years before subprime mortgages collapsed, the author described them as ‘not one borrower left behind’ and when other analysts were worried about the effect of a Fed interest rate increase, he foresaw that the ‘risk to house prices lies not with interest rates but with lending standards.’ It’s hard to imagine reading any other investment newsletter even a week after publication. Grant’s is the exception; it paints on a larger canvas and is infused with the author’s generous spirit and rich sense of humor.”
Dr. Kavanagh is an assistant professor of Neurology at SUNY Downstate.
THE BROWNSTONER BLOG GAVE “a general shout out to neighborhood associations” on its Brooklyn’s Top 50 Most Influential countdown. The list calls them “the guardian of local quality of life and aesthetic issues, and by short extension, property values,” specifically naming JUDY STANTON, head of the Brooklyn Heights Association, and AARON BRASHEAR of the Concerned Citizens of Greenwood Heights, Community Board 7. The latter of the two was named for setting “a new standard in neighborhood activism, serving as both a watchdog for abusive buildings practices and a proponent of responsible change.”