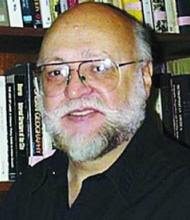 AN EVENT ON NOV. 5 FOLLOWED ELECTION DAY with a lively get together to raise funds for the Gowanus Canal Conservancy. More than 50 guests raised a glass with the rousing toast “Ale to the Chief,” as it was the night after the presidential election. STEVE HINDY, co-founder of Brooklyn Brewery, was on hand to present a variety of the Brewery’s specialty brews paired with cheeses from Stinky Bklyn.
Conservancy vice-chairman JOHN MUIR and his wife BARBARA MUIR, the hosts of the party at their Park Slope brownstone, said they particularly liked Brooklyn Local 1.
“Steve Hindy told us that it’s one of those rare beers that are fermented a second time in the bottle,” said Muir, “which is why they’re stoppered with a champagne-like cork and wire basket. It was paired with a delicious Pont L’Evoque cheese from Normandy.”
Guests enjoyed a private showing of the Conservancy’s plan for the Gowanus Canal Sponge Park, presented by landscape architect SUSANNAH DRAKE (principal at dlandstudio and president of the NY Chapter of the American Society of Landscape Architects). ANDY SIMONS, Conservancy chairman, said, “This plan for a new reinvigorated Gowanus Canal area has been met with overwhelming approval by the community, elected officials and environmental agencies.”
The presentation and beer tasting was followed by a preview of the upcoming menu of Court Street’s much-anticipated Buttermilk Channel restaurant. The restaurant’s chef, RYAN ANGULO, formerly of Stanton Social and Picholine, prepared a variety of delicious finger foods including an overflowing platter of ribs with vegetable slaw, potato croquettes and almonds roasted with maple syrup and bacon.
The Gowanus Canal Conservancy is a not-for-profit membership organization whose mission is to serve as the steward for the preservation, restoration and green development of the Gowanus Canal and surrounding area.
* * *
CLINTON HILL RESIDENT TRICIALEE RILEY is a small business owner who has owned and operated a successful beauty spa in Brooklyn since 2006. Riley opened Polish Bar on Myrtle Avenue two years ago and business had been so strong this past year she decided to open a second spa. Then the financial crisis hit.
Riley was one of a few financially perplexed New Yorkers participating in “What Do I Do Now? — A Personal Show on Finance.” The 30-minute special, which first ran on Tuesday and will again run tonight, is moderated by business journalist CONSUELO MACK, anchor of public television’s Consuelo Mack WealthTrack. The show brings New Yorkers together with financial experts JONATHAN CLEMENTS and MAE WATSON GROTE to provide them with advice to survive this economy.
Riley’s chosen question for the show is: “Business had been going very strong this past year, so I decided to open up a second spa. I’ve got a stellar credit rating and I had also developed a strong relationship with my bank. But when I went to get credit for my expansion, I was surprised that I got turned down. So now I can’t get credit and I’ve just opened a second salon. How can I get credit and keep my business afloat?”
“What Do I Do Now?” airs tonight, Nov. 13, at 7:30 p.m. on WLIW21.