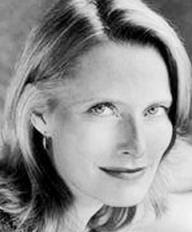 Jennifer Egan
Congratulations to Fort Greene-based writer JENNIFER EGAN, whose latest novel, The Keep, was on the cover of the New York Times Book Review and whose reading habits were featured in the latest New York Magazine. She’ll be on a panel discussion titled “The Soul of the Bestseller” at the Brooklyn Book Fair Saturday, Sept. 16 from 1 to 2 p.m. Joining Egan on the panel are (bestselling) Brooklyn authors Pete Hamill and Colson Whitehead.
In addition to her current book tour, Egan has been hard at work on a new novel. A frequent contributor to the New York Times Magazine, Egan knows she wants to write about women in New York during World War II. She is now collaborating with Daniella Romano at the Brooklyn Navy Yard on an oral history project focusing on women who worked at the Yard. “My methodology is one of exploration,” she told The Eagle. “I have no idea what any of it will lead to.”
By the way, how did this talented novelist/journalist come to reside in Brooklyn? She got pregnant. “At the time, my husband and I lived in a tiny apartment on a treeless street in Manhattan,” she said. “We realized it was time to make a move.” Sound familiar?