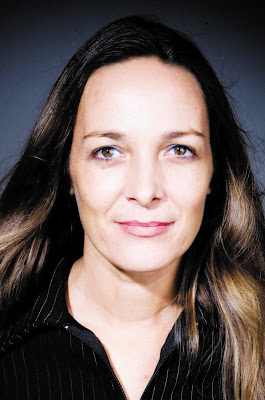 IRENA SALINA MOVED TO FORT GREENE a year ago, and it is everything she was looking for: A clean, friendly community where people smile in the morning and shop for produce at the farmers’ market. The importance of a clean home environment has grown for Salina during the last five years, while she directed and shot a now award-winning documentary about the global water crisis, titled “Flow.”
“I think if people had a clear map of how much water is polluted in their own community, not in China, but say, just in Brooklyn, they wouldn’t be on the couch watching CNN,” said Salina. “They’d be up making sure something was done about it.”
For “Flow” (“For Love of Water”) Salina navigated the globe — India, France, Africa, Bolivia and North America — to collect the input of activists and scientists about the dwindling clean supply, astonishing rates of water-borne illness and death (in the U.S., too), and potential catastrophic harm of privatizing the life-giving resource.
The issues clearly no longer affects just the third world. Stark facts will — and should — make audiences wide-eyed: Rocket fuel has been found in some U.S. drinking systems. So has the herbicide Atrazine, banned in the E.U., which apparently can turn male frogs into females. The U.S. Environmental Protection Agency (EPA) currently does not regulate 51 known water contaminants. Water-borne diseases kill more people annually than AIDS or war.
Canadian experts Maude Barlow and Tony Clarke, authors of “Blue Gold,” refer to the bottled water industry as one of the fastest-growing and least regulated industries in the world. Water is a $400 billion global industry — the third largest behind electricity and oil.
The political and social ramifications of water privatization are central concerns of “Flow.” Certain major companies are trying to own fresh water supplies around the globe. “Flow” producer STEVEN STARR started an online petition to encourage the U.N. to add as the 31st article of the Declaration of Human Rights the “right to clean and accessible water,” not to be deprived due to “individual economic circumstance.” To sign, visit www.article31.org.
Salina doesn’t like to lecture, saying, “People will take away what they want from the film.” However, she recently learned that if New Yorkers stopped using bottled water for one week, 24 million plastic bottles would be spared from the landfill, and that is a message she is trying to share. Phasing out bottled water use would reduce millions of tons of greenhouse gases and barrels of crude oil, and as she says, “I always cringe when I see a mom pushing a stroller to the park with a plastic bottle tucked in the side. They go sit in the sun, and the plastic leeches into the water ugh.”
“Flow” was a 2008 Sundance favorite. Friday was opening night, showing at the Angelika and one theater in L.A. Beginning Sept. 19 it will open nationwide at select theaters.
“This was five years of my life, on and off,” says Salina. “It can be ‘Oh my God, so scary’ and all that, but being with some of those communities, their spirit is so beautiful. There is hope too.”
“We need to fall in love with water again. Because then we will defend it.”
For more information visit www.flowthefilm.com or www.foodandwaterwatch.org.
BARBADOS NATIVE NORMA GABRIEL is the proprietor of Little Rock Day Care and Learning Center in Flatbush. Her business has been selected for a profile on the national PBS series, “A Place of Our Own,” (carried by Thirteen/WNET) because of her 17-year dedication to providing this vital service to an underserved community.
She is also recognized for her strong advocacy and leadership role as President of the Family Childcare Citywide Association. Through her efforts as president she influenced policies affecting registered and licensed childcare providers in NYC. As needed, she has also lobbied on behalf of children and families in the local systems.
Many of the children Gabriel cares for are from families eligible for NYC childcare subsidies. Her program strives to actively involve parents in a curriculum that enhances social, emotional, physical and cognitive development of her charges, infants through early school age.
Gabriel recently became a foster parent to a child who had been a victim of abuse. She is currently writing a book of personal stories and recommended practices for childcare givers. Gabriel’s profile will air on Sept. 26 at 6 a.m.

Howe’s Brooklyn: From Brooklyn With Love