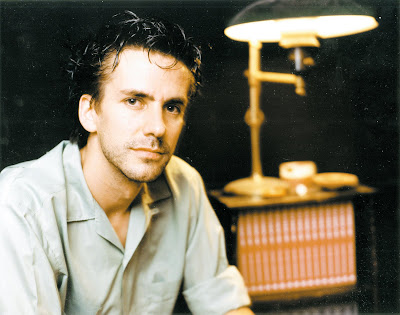 ON THE EVE OF THE BROOKLYN BOOK FESTIVAL, one Eagle correspondent asked a few questions at festival headquarters — otherwise known as the Borough President’s Office.
Given the success and popularity of the Book Festival, it seems many authors would want to be involved. How do you decide who will participate?
Well, many authors are involved, more than 140 this year. Throughout the year, authors and publicists submit books for consideration, and the Borough President’s Office, in conjunction with the Brooklyn Literary Council, has subcommittees that put the programming together. Akashic Books publisher JOHNNY TEMPLE is the BLC chair, and also chair of the fiction division. [Six Akashic-published authors, Joe Meno, Arthur Nersesian, George Pelecanos, Juan de Recacoechea, Paco I. Taibo II and Ben Greenman, will be part of the day-long festival].
The mix of kid-friendly activities and ultra-literate discussions is striking. How do you maintain a balance of happy kids and inspired adults?
Striking that balance is a primary goal of the organizers. Like Brooklyn itself, we want the Book Festival to be diverse and offer something for everyone.
What has been the response from other boroughs so far: eagerness to adopt such an event, or outright envy?
We have not heard directly from the other boroughs, but organizers of the book festival in Kansas City, and the festival being planned for ‘09 in Boston, have reached out to us to exchange ideas and learn from our experiences.
* * *
MORE NOTES ON PEOPLE:
AFTER 40 YEARS IN THE BANKING INDUSTRY, BRENDAN J. DUGAN will soon be officially installed as the 18th president of his alma mater — St. Francis College. A week of events beginning Sept. 29 will conclude on Oct. 2 with an early morning convocation, and later in the day, a gala at Steiner Studios.
Dugan, a resident of Carroll Gardens, received his undergraduate administration degree there in ’68 — an experience he remembers fondly. He is also familiar with the leadership of St. Francis, having previously served as chairman of its board of trustees. As a member of the board, he played a key role in the school’s $40 million fundraiser, Campaign for Big Dreams, the funds from which helped build the athletic center and eco-friendly academic center that houses the library and theater.
When his sister, popular and beloved assemblywoman EILEEN DUGAN (D-Brooklyn), died of cancer in 1996, days after being sworn into her ninth term, Dugan established a scholarship at St. Francis in her name.
Clearly an invested community member, Dugan is a board member of BAM, Partnership for NYC, Regional Plan Association, Downtown Brooklyn Partnership and Futures in Education Endowment Fund. He also serves on the Finance Council of the Roman Catholic Diocese of Brooklyn.
Dugan’s last banking position was as chairman & CEO of Sovereign Bank’s Metro NY/NJ Division. He is also a director of Cox and Company, a manufacturer of aerospace parts.
Outgoing president FRANK J. MACCHIAROLA (’62) is stepping down after 12 years of leading St. Francis. He will assume the title of chancellor, a familiar title for the man who once served as NYC schools chancellor under Mayor Ed Koch.
FORT GREENE RESIDENT JESSICA HAMILTON has won a $3,000 scholarship in a national competition from the Direct Marketing Educational Foundation. Hamilton is studying direct and interactive marketing at FIT, the only college to offers that bachelor’s degree program. Hamilton received her associate degree in fashion design from FIT in ’06 and then decided to continue her studies there, choosing her major because of the growth opportunities she saw in the industry.
The award was based on Hamilton’s grade point average, teacher recommendations and an essay. She hails from Delhi, NY.
* * *
BRIEFLY NOTED:
Army National Guard Pfc. CALVIN B. BURNS, a 1987 graduate of Bushwick High School, has graduated from basic combat training at Fort Jackson, Columbia, S.C. Air Force Airman MOUNIR KOUBA, a 2006 graduate of Frederick Douglass High School, has graduated from basic military training at Lackland Air Force Base, San Antonio, Texas.