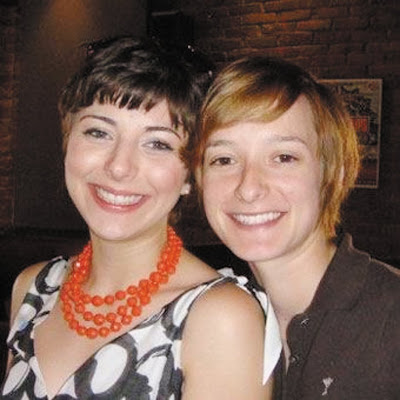 EACH VALENTINE’S DAY, a few lucky couples say their ‘I Do’s’ on the Empire State Building’s observation deck after winning the opportunity through Brides.com. This Feb. 14, for the first time, the back-to-back private ceremonies will include a same-sex commitment ceremony in which Park Slope women JESSICA CHESNUTT and NATALIE SAURO will declare their love for each other before friends and family.
The couple started dating almost immediately upon meeting in 2005 as students at Smith College. Chesnutt proposed to Sauro on the Brooklyn Bridge during the Annual Wedding March for same-sex marriage rights in September.
“We’re honored to have the chance to celebrate in such an iconic and historic space, but we’re also disappointed that our celebration won’t carry with it the full legal rights of marriage,” says Chesnutt. “It’s important that our relationship be recognized in the same manner as every other committed union, and we’re grateful for this symbolic step.”
As students they often visited Sauro’s sister in New York, while dreaming of living here.
“On the day we moved in, we had a hard time finding a place to pull the U-Haul over on the side of Fifth Avenue in Park Slope,” Chesnutt says. “Next thing we knew, an older gentleman from the bodega on the corner came out and was directing traffic for us! He introduced himself and told us if ever we had any trouble in the neighborhood to come to him. And we’ve always felt that welcome here.” 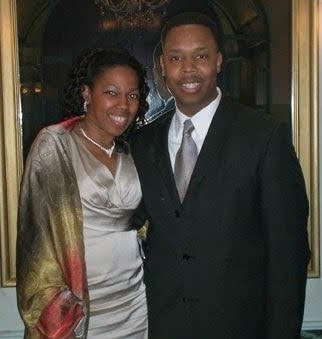 Another Brooklyn couple will say vows high above the city on Saturday. ROSE LAFONTANT and C. MICHAEL LE GRAND’s love story has come full circle — they met on the street when Rose was shopping for a friend’s wedding gift and Michael was bold enough to say hello. They first said “I love you” to each other atop The Empire State Building.
The all-day event will be streamed live at www.brides.com/esb on Valentine’s Day; Chesnutt and Sauro’s landmark ceremony is scheduled for 8:30 a.m. Each ceremony will conclude with a VIP trip to the 86th floor Observatory. Feb. 14 is the only day the Empire State Building hosts weddings.
* * *
MORE NOTES ON PEOPLE:
The Brooklyn-based national oral history project StoryCorps wants your suggestions of who they should talk to in Brooklyn Heights, reports the Brooklyn Heights Blog. A StoryCorps researcher, EVE CLAXTON, said that with Valentine’s Day fast approaching, they are seeking the “greatest love story in Brooklyn.” For those unfamiliar with the format, one person is interviewed by another who knows them well. The recordings are archived at the Library of Congress.
“We’re looking for larger-than-life local institutions, oldest residents, anyone with a disappearing business or skill, but above all, real talkers,” Claxton said. Submit nominations to nominate@storycorps.net.
BHB names OTIS PRATT PEARSALL and wife, NANCY, who, with other preservationists, helped landmark Brooklyn Heights in the 1960s. Also, it recommends CHARLIE DOLAN, who, at 89, still goes to the Eastern Athletic Club six days a week.
* * *
Three Brooklyn leaders will be honored at the Brooklyn regional American Cancer Society’s debut Pink & Black Tie Gala on May 7. PETER MEYER, president, NYC Markets, EILEEN HOLMES, vice president, retail markets, of TD Bank and Volunteer Leadership Honoree MARGO LEWIS will be acknowledged for their contributions to the Brooklyn community and the fight against cancer.
Hosted by Brooklyn’s own STACY LONDON of TLC’s What Not to Wear, the gala will take place at Brooklyn Navy Yard’s Steiner Studios. With “Brooklyn Rocks” as the event theme, the night is sure to be lively.

Howe’s Brooklyn: At Last, Plus Size Used and Vintage Clothes For NYC Women