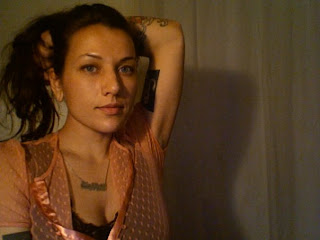 Brooklyn Author MELISSA FEBOS last week released her first book, Whip Smart (Thomas Dunne Books), a memoir about her four-year career as a professional dominatrix. Febos, who grew up in Maine, moved to NYC at age 19, and two years later, after meeting a neighbor in the biz, answered an ad in The Village Voice seeking a woman for “nurse-play.”
In the book, Febos mostly discusses the job, but intertwines into the text tidbits about her childhood and her later drug addiction.
Nowadays she’s teaching courses at SUNY Purchase in Westchester, as well as at the Gotham Writer’s Workshop. She also hosts Mixer, a series of readings and musical performances held at Cakeshop in the Lower East Side.