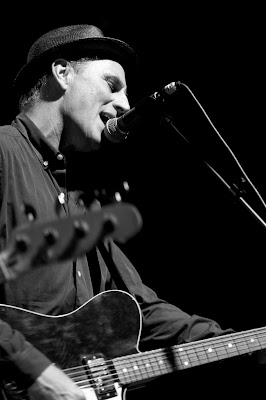 Jim Keller, a longtime figure in the Brooklyn music scene, is ready to release a new record with The Jim Keller Band, “Sunshine in My Pocket.”
“Sunshine,” Keller’s first album in over 10 years, “marks a natural evolution of Keller’s talent for writing indelible hooks and tunes, creating a sound that is impossible to date,” according to a press release found on his web site.
In a recent New Yorker article, Keller, perhaps best-known for the hit “867-5309/Jenny,” which he co-wrote while a member of Tommy Tutone, discusses his life after the monster ’80s hit, including his work with composer Philip Glass. About the success of “867-5309” he said:

“Nothing is cooler for a rock-and-roll musician than to hear yourself on the radio of a car driving by… Then, however, you’re trying to follow that up. The record company was handing us songs that it thought would duplicate the success, and we started not getting along, and with a band, if you’re not having fun you’re in trouble, and then it fell apart, as it should have. Do I miss it? All you have to do is watch any of those ‘Where Are They Now?’ shows. It’s not a pretty picture. Someone could find the cure for cancer, but if he ended up on one of those shows he’d still look pathetic. I miss it, but not anymore does it dictate how I operate.”

People in the News

Legendary Show Biz Star Comes Back to Life Via Finkels