Legendary Show Biz Star Comes Back to Life Via Finkels

Native sons and daughters of Brooklyn who have moved up and out to fame and fortune in the entertainment industry are legendary. Think Barbara Streisand, Danny Kaye and Mary Tyler Moore, the Neils ( Diamond and Sedaka) just to name a few who did not return to live here. But one show biz family, though residing in Manhattan as a base for their globe-trotting careers, often refer with pride to their Brooklyn roots. Fyvush Finkel , the patriarch star of stage, screen and television, was born the son of a tailor in Brownsville and ‘made his bones’ in show biz by performing in Yiddish theatre on the lower east side, as well as variety stand-up in the Catskills.

Praised for his role in Sidney Lumet’s movie Q&A, Fyvush was casting Picket Fences television series, for which he won an Emmy. Still the most beloved Jewish character actor ever (“…the face that launched a thousand schticks”), Fyvush (nee Philip) recently appeared in the Coen brothers movie, ‘A Simple Man’. On Broadway he played several characters in Fiddler on the Roof, then lead in the national tour company.

Fyvush’s son Elliott attended Juilliard and currently spends most of each year as a touring concert pianist. Son Ian Finkel, known as the greatest xylophone player in the world, has recorded seven albums and written four books, as well as numerous musical revues. A master orchestrator and arranger, he has also produced literally thousands of arrangements for films,
musical shows and solo entertainers. 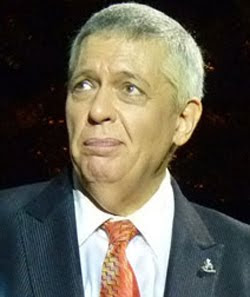 This past weekend, Ian’s latest musical revue, “Sophie Tucker In Person” just finished a run at The Players Theatre on MacDougal Street in the West Village. Written and directed by Mr. Finkel, the show used the talents of Cheryl Ann Allen to capture the music, humor and drama of one of America’s most enduring show business personalities. Sophie Tucker (1886 – 1966) survived and then thrived from the Vaudeville era to the days of live television on the Ed Sullivan Show. With a proud Jewish heritage and a powerful, unique song delivery, she endured having to perform in “blackface” because the vaudeville producer thought she wasn’t pretty enough to be a showgirl. But one day in the travelling show, her make-up suitcase was lost and she performed as herself. She was such a success that the producer said “If that suitcase shows up, throw it away.”

After the show, an interviewer pursuing Ian Finkel’s Brooklyn connections finds many to relish. He was born in the old Caledonian Hospital which served Flatbush on Parkside Avenue for almost a century until it was absorbed by Brooklyn Hospital Center in 2003. He grew up near the old Ebbets Field, where the family lived above a butcher shop and across the street from his grandparents “Shirt Hospital”. Part of his grandfather’s tailoring business involved “turning the collars of old shirts” so they could be worn longer. “Nowadays,people just throw them out,” Ian added. Ian’s Father Fyvush, born Philip, did not want to become a tailor and spent time in his youth learning to be a furrier. But bitten by the bug that makes stars in show biz, Philip took the name “Fyvush” and went to Jewish vaudeville on the lower East Side. A career was launched and the performance genes were powerful enough to pass easily to Ian and Elliott.

Citing more Brooklyn connections, Ian noted “ My wife and I lived in the Heights and Flatbush in the early years after we were married…but there was so much of our musical careers based in Manhattan, we just moved to the West Side.” Still married after 41 years, Ian dotes on his wife, Canadian-born actress and singer Cheryl Ann Allen, the star of many of his productions.

“It’s a marriage made in music, “ Ian notes, beaming, “and for us that means Heaven.”