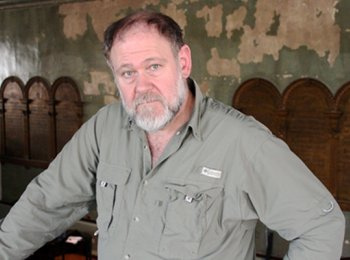 IN HARD ECONOMIC TIMES, the arts are perhaps not hit particularly harder than the rest of us, but they are often hit quickly, and have to enter a creative and urgent fundraising mode to keep afloat. So many independent groups and institutions depend on the generosity of their supporters, who also suddenly find themselves facing difficult decisions.
Some groups, such as Shakespeare Santa Cruz, turn to their grassroots base. They created a viral video in December announcing they were shutting down unless they raised $300,000. Two and a half thousand people contributed $420,000 in three weeks, saving their season.
The leadership of Fort Greene’s Irondale Ensemble Project says, “We’re hoping Brooklyn can do better.” Last week executive director TERRY GREISS put a video ‘update’ on the theater’s web site with news of the projects it has developed in the last few months. For one, its Young Company is now in full swing mentoring 14- to 18-year-olds with full professional training. Another is “A People’s History of Fort Greene,” to be developed by local residents about the rich history of the neighborhood. Irondale has taught life skills through theater in Brooklyn schools nearly every weekday of the last 20 years, and also does outreach in New York prisons. Finally, Greiss asked that anyone able to give, a dollar or ten thousand, please do so.
Irondale was the oldest homeless theater company in New York until last year, when, after years of looking, the company found the space it hoped to call home in the Lafayette Avenue Presbyterian Church at 85 South Oxford St. An extensive renovation to make the space hospitable (after standing empty since before World War II) was made possible in part by a piece of land, donated to the theater, which was held as collateral for much of the construction cost until it could be sold. With that land, “We knew we’d be ok,” says Greiss.
However, soon after a deal with a buyer fell through, the economy tanked, and now the land may be in Irondale’s possession for much longer. This has left Irondale without the funds to cover construction and without the $500,000 cushion it was counting on until they can generate operating revenue. And so, like many others, they have turned to the community.
Because of the unique combination of education, community development and artistic excellence, Irondale is well situated to serve its community during tough times—but, says Greiss in the video, “We can’t help, if you don’t help us.”
The good news is that Independence Community Foundation of New York has committed to Irondale that for every four dollars they raise between now and March 31, ICF will contribute one dollar (with a cap at $40,000). Visit Irondale online at www.irondale.org to donate, watch the video or for more information.
* * *
MORE NOTES ON PEOPLE:
THE BROOKLYN BAR ASSOCIATION’S second program in its educational series for the public is entitled “Consumer Debt: Know Your Rights.” The panel — as of now — is scheduled to feature a panel of experts reflecting various perspectives on consumer debt issues, including: JEFFREY BENJAMIN, Esq., from the law offices of Jeffrey Benjamin, P.C., speaking about what you need to know about consumer debt law and the decision to hire an attorney; Brooklyn Bar Association Trustee ISAAC N. TUCHMAN, Esq., a creditor’s attorney, speaking about what to expect when you represent yourself in a consumer debt action; CLAUDIA WILNER, Esq., senior staff attorney at NEDAP (Neighborhood Economic Development Advocacy Project) speaking about how to defend yourself in a consumer debt action; and Brooklyn Bar Association Past President DAVID J. DOYAGA, Sr. Esq., from the Law Offices of Doyaga and Schaefer, speaking about the interplay between bankruptcy and consumer debt issues.
The event will be held Monday evening, Jan. 26, from 6 to 8 p.m., in the Brooklyn Bar Association’s meeting hall at 123 Remsen St. The program is being organized and will be moderated by SIDNEY CHERUBIN, Esq., supervising attorney of the Brooklyn Bar Association Volunteer Lawyers Project.
Also, a BBA course for two MCLE credits tonight, Jan. 22, is entitled “‘Bong Hits 4 Jesus’ and the Evolving Law of Public School Free Expression,” with a presentation by DAVID C. BLOOMFIELD, Esq., Educational Leadership Program head and professor at Brooklyn College It will be held from 6 to 8 p.m. To register call (718) 624-0675.
* * *
MARTIN HALPERN’S TWO-ACT comedy/drama No Moves Back, set in Prospect Park in the late ’80s, will open Feb. 20 and run for 16 performances at the Roy Arias Theater in Manhattan. The show centers on two retired Jewish violinists from the Brooklyn Philharmonic. The friends meet in the park for one of their regular chess matches, but one friend has become depressed and down on life, chess and music and the other endeavors to bring him up.
Halpern has won 11 “Meet the Composer” grants and 10 ASCAP awards, and since 1997 has been concerts director of the Long Island Composers’ Alliance. Purchase tickets at www.smarttix.com.
* * *
THE NEWLY RENOVATED Brooklyn Children’s Museum welcomed its 100,000th visitor at the new Rafael Viñoly-designed building last Wednesday.
Museum staff cheered Park Slope resident MONICA ENGLER and daughter LAILA, 3, as they bought tickets. The Englers were gifted a package by museum President CAROL ENSEKI, including a gift card and educational books and toys.
“We’ve heard great things about it from everyone. We had to come check it out,” Engler said.
Photo courtesy of the New York Times