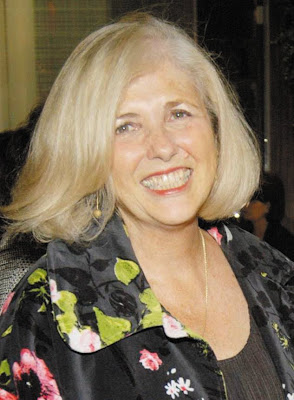 BARCLAY COLLINS II, chairman of Brooklyn Philharmonic’s Board of Directors, announced this week the appointment of JANE M. GULLONG as the Philharmonic’s new president, effective January 5. Gullong was selected after a nationwide search and succeeds CATHERINE M. CAHILL, who led the orchestra for seven years.
“Jane Gullong is a dynamic arts and culture executive with a strong development background who has great experience working with musical organizations that, like the Brooklyn Philharmonic, are leaders in new and adventurous programming,” said Collins. “She is the perfect fit for the Brooklyn Philharmonic and the Brooklyn arts community as a whole.”
Gullong has more than 30 years of experience as a fundraiser and leader of major cultural non-profits. She is currently executive director of New York City Opera, an organization she has been with since 1994, serving first as City Opera’s development director and since 2004 as executive director.
In choosing Gullong as president, the board sought a champion for Music Director Michael Christie’s vision for the orchestra. “I am confident Jane will provide leadership that aids the Brooklyn Philharmonic in continuing to expand and strengthen the artistic and community engagement initiatives we have undertaken during my four year tenure with the orchestra,” Christie said.
“The Brooklyn Philharmonic shares the traditions, energy, and vibrancy of its storied borough. I am eager to work with the board, Music Director Michael Christie, and staff to secure the Philharmonic’s rightful place at the center of civic, community and cultural life in Brooklyn,” said Gullong.
The Brooklyn Philharmonic adds that Gullong’s familiarity with the Brooklyn and NYC arts communities and the network she has built over her career will be a substantial benefit to the organization.
“Jane has been a friend and colleague for over 20 years,” said KAREN BROOKS HOPKINS, president of Brooklyn Academy of Music. “We are thrilled that an administrator with her experience and talent will be a member of our Brooklyn arts community.”
Gullong’s leadership credits go on. She has also worked as executive director of the Municipal Art Society, development director of the New York Shakespeare Festival, associate director of development at Lincoln Center Inc., and assistant to the director of Young Audiences.
* * *
ONCE A YEAR, THE TALENTED STAFF AND FACULTY of BAX/Brooklyn Arts Exchange take center stage. They will do so again at their December 7, 6 p.m. concert.
These artists are innovators as much as they are administrators. In addition to teaching or administrating at BAX, many of these artists dance, choreograph, create theater or act throughout NYC and around the country. Their concert will include performances by MARION RAMIREZ (teacher, creative movement), MAYA PARRA (education coordinator), ESTHER NEFF (theater teacher), CATEY OTT (yoga teacher), DREW PETERSEN (theater teacher) JEN KOSKY (box office), BELINDA HE (dance teacher), ASHNI SUNDER (tumbling and hip-hop teacher) and LEIGH STEIN (musical theater teacher).
If you want to see your teacher perform, or to catch an overall great show, visit www.bax.org/tickets.php or call (718) 832-0018 to reserve tickets.