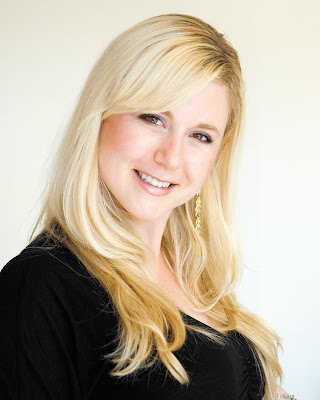 WILLIAMSBURG RESIDENT CHER LANDMAN has worked hard in order to establish her career in the competitive world of fashion, despite being diagnosed in college with type-1 diabetes. Now she is pursuing a new path: the current state finalist for the Miss New York competition hopes to be a future Miss USA contestant, as she has wished to do since childhood.
Landman moved to New York six years ago from her hometown of Katy, Texas, to attend Pratt and pursue a career in fashion design. Shortly after graduating in 2006 she became an intern for Betsey Johnson and was hired just over a year ago by the designer.
“I have adult onset of type-1 diabetes,” she says. “It is genetic, someone in my family must have had the disease, but it is also an autoimmune deficiency. Doctors believe it was caused when my body identified my pancreas as a foreign object and attacked the organ.”
To help her stay both fit and healthy (type-1 diabetes complications can lead to nerve and eye damage, kidney failure, heart disease and more) Landman lends much gratitude to her personal trainer and mentor JOSH SKYER of the Park Slope Fitness Collective.
The Miss New York competition is Nov. 27, and if Landman wins the Miss New York crown she can compete in Miss USA.
* * * 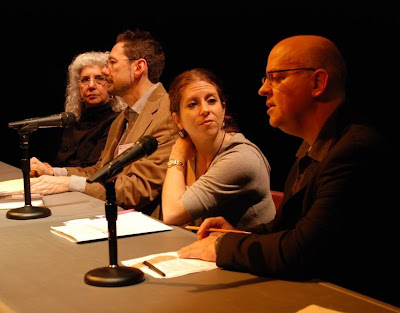 JOAN COPELAND, BROADWAY ACTRESS and sister of the late playwright ARTHUR MILLER, once a Heights resident, headlined the first American Drama Conference at St. Francis College two weekends ago, with a one woman performance presented in three parts representing Miller’s take on their mother AUGUSTA BARNETT MILLER.
Copeland began with a reading from Miller’s memoir Timebends: A Life, where he painted a vivid picture of Augusta. Copeland then moved to the grand piano to reprise the role of Rose Baum, based on Augusta and which Copeland played in Miller’s play The American Clock. The performance concluded with an emotional reading of the ending monologue from Death of a Salesman.
“Joan looked magnificent and cast a spell over the audience as she performed,” she Dr. STEVEN MARINO, organizer of the conference. “It was the highlight of an amazing three days. People who came to the college are telling me the discussions were like, ‘riding to heaven on a swing,’ or that ‘St. Francis is just a jewel.’ It certainly makes the hours of preparation worthwhile.”
Copeland’s performance can be seen on the St. Francis web site. More than 100 people who attended the conference also saw two other staged readings and were treated to a special panel of renowned drama critics including DAVID SHEWARD, the executive editor of Backstage Magazine, MELISSA ROSE BERNARDO, staff editor at Entertainment Weekly, JOE DZIEMIANOWICZ, drama critic for the New York Daily News and TOBY ZINMAN, theatre critic for the Philadelphia Inquirer.
The American Drama conference is sponsored by the Arthur Miller Journal and the college.
* * *
NEW YORK FILMMAKER PETER LIPERA has created a documentary called “Save Coney Island” to chronicle the controversial $2 billion makeover of Coney Island. In the narrative drama, the film’s characters cross paths with JOE SITT, chief exec officer of real estate development company Thor Equities, and with Mayor BLOOMBERG, as attempts to replace the community’s amusement area with glamorous condominiums are set into motion.
Appearances are made by “Mayor of Coney Island” DICK ZIGUN, boutique shop owner LOLA STAAR and Polar Bear Club president LOUIS SCARCELLA, as the film portrays their struggle to preserve the amusement district. Central figure, AMOS WENGLER, “troubadour-turned-advocate,” creator of such songs as “Coney Island Opens Up Today,” “We Love Coney Island” and “The Polar Bear President,” said “I’m used to a certain type of Coney Island with its own atmosphere. Condos just don’t belong here.”
“Coney Island has always been driven by the small, creative entrepreneurs,” adds Staar in the film while at a NYC City Hall protest in March of last year. “They should be given the opportunity to be in this new development.”
The 27-minute movie was selected as part of the fifth annual Big Apple Film Festival, presented by the Big Apple Film Society at Tribeca Cinemas on Nov. 21. It also won an award for Best Documentary Short at this year’s 2008 Coney Island Film Festival.
For more information about upcoming screenings visit www.saveconeyislandthemovie.com.