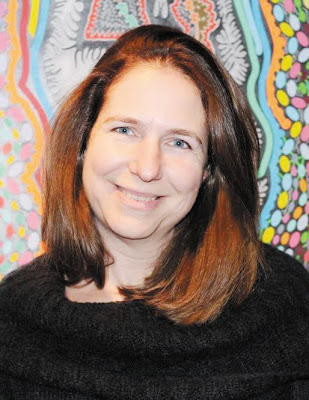 FOR 20 YEARS, MURIEL GUÉPIN was a financial analyst. Tired of the tough corporate culture and desiring a more personal setting, she quit her job in June of 2008. Guépin enrolled in an evening course at Brooklyn Economic Development Corporation to learn how to develop a business plan, and before the course was even finished she had opened Shop Art, a gallery on Bergen Street. It was the first store on the block. It is also, she says, the first art gallery for Cobble Hill.
“There has been tremendous interest from the neighborhood,” she says. “People have been responsive. There is a lot of foot traffic, with people going to the F train or to Trader Joe’s. I think everyone is happy to have a light on that block.”
Guépin’s goal is to expose the work of multiple artists at a time, while helping amateur collectors seeking easy and suitable access to contemporary art. A sign in the window reads “Affordable Art Near You From $80 and Up.” Guépin puts the range at $45 to $8,000.
Open since December, she is trying to carry diverse stock, and now has necklaces, rings and original postcards made by Brooklyn artists, such at Brooklyn Heights’ MATHILDE DE TURCKHEIM. Shop Art is not just about “replacing the poster over your couch.”
The gallery opened much faster than she had planned. When a friend mentioned that he had reasonably priced space available in a former factory, she grabbed it, renovated it and opened the gallery within a month and a half. Much more space is open in the building and she hopes others will begin to fill it, to make it a place people can seek out — “to really make things happen.” She may also expand into the space when the time is right.
The ambience is completely different that most traditional galleries, says Guépin. She likes it old fashioned. Although not an artist herself, Guépin designed the gallery’s catchy logo — a runaway barcode of sorts — to reinforce the idea that art really is for sale here. Shop Art’s first show will open Feb. 7.
DE TURCKHEIM KNOWS GUÉPIN because their husbands are friends, and now her necklaces are for sale at Shop Art. De Turckheim, who has lived in Brooklyn Heights for five years, says her vivid artistic imagination was sparked at a young age by living in the rich cultures of Beirut, Paris and West Africa.
“As a little girl, my sisters and I were lucky to grow in different places where there was always a room in the house, nicely displayed with music, a sofa, where we could saw, paint, draw, glue, assemble, design, etc.”
After studying painting and drawing at various Parisian ateliers, de Turckheim spent nine years selling high-end Italian textiles to French ready-to-wear designers.
In 2004 she launched her first collection “Colliers à Nouer,” a series of richly colored, boldly asymmetrical, one of a kind necklaces. Turckheim’s web site says, “Each design makes a woman feel as though she’s wearing an elegant souvenir evoking a world that exists only in Mathilde’s playful imagination.”
Five years ago, just before moving to the U.S., she studied at BJO, the Paris school of jewelry, where she learned traditional techniques of the city and really became interested in jewelry.
“I use any kind of material in my pieces: precious or non-precious, cheap or expensive, vintage or brand new,” she says. “But as a child I was doing little things, little necklaces with beads I’ve always loved!”
Hand-sewn, each piece might contain any combination of semi-precious stones, gold plate, sterling silver or Vermeil beads, fresh-water pearls, vintage coral from her French grandmother, handmade clay vegetables and parrots from Guatemala, Swarovski rhinestones, cotton birds from the New York City flower district and more.
Her creations are also for sale at Overtures on Hicks Street and Prive Salon in SoHo. She has had trunk shows at two NYC Bloomingdale’s and Henri Bendel.
Visit Shop Art at 51 Bergen St. or visit www.shopart studio.com. De Turckheim can be reached via www.mathildeturckheim.com.

Howe’s Brooklyn: From the Brooklyn Eagle to ConEdison:Going Strong After More Than 50 Years