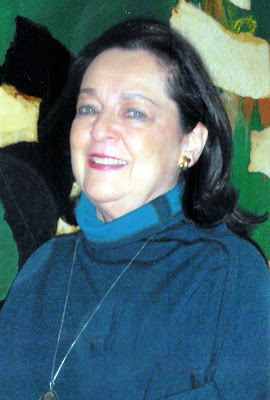 HARRIET WOHLGEMUTH IS EXCITED about the next Wednesday Music Club meeting, as she always is about each of the club’s five annual events. As program chair, she has arranged for fellow Sarah Lawrence alum Carol Hall, composer of the score and lyrics of The Best Little Whorehouse in Texas, to perform for an hour in Wohlgemuth’s Brooklyn Heights home on Feb. 18.

By invitation only, the Wednesday Music Club convenes three afternoons and two evenings per year to enjoy music and refreshments in a member’s home or occasionally in a local church.
“Hearing live music in one’s living room in such stressful times is extremely rare, if not anachronistic,” says Wohlgemuth. “It’s an hour of real listening.”
Established in 1882, it was first called the Schumann Club, and its members were women pianists who met to play the work of Robert Schumann in the heyday of Victorian brownstone Brooklyn. All members played. “That’s historically how concerts were given — at home,” says Wohlgemuth.
At a board meeting in the 1920s it was suggested that the name be changed to the Wednesday Music Club so members could perform the works of other composers, and from there it evolved. By the time Wohlgemuth joined the club in 1966, only a few of the members also performed. Wohlgemuth, herself a flutist, performs once each year or two, and otherwise hires people by honorarium to perform for the 25 or 30 guests who typically convene.
Members bring prospective new members, although this growth is slow because the three afternoon meetings preclude membership by anyone with a regular weekday job — a vestige of its genteel roots. Down the line, Wohlgemuth suggests that perhaps for reality’s sake all five meetings might be held in the evening.
Carol Hall, who received two Drama Desk awards for her work in Broadway’s Best Little Whorehouse, first had her music recorded by a young Barbara Streisand. She is often quoted as saying, “A song is not a song until somebody sings it.”