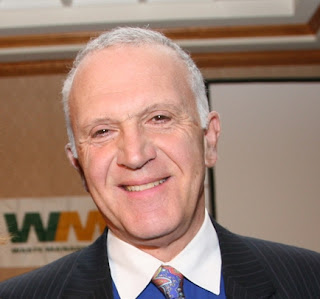 Julius Spiegel, affectionately called ‘Julie’ for most of the three decades he served Brooklyn as Parks Commissioner, is the son of Polish Jews who survived the Warsaw Ghetto uprising in 1943. Born in Sweden, he immigrated with his parents to Montreal, then moved to New York for graduate school in the 1960s. He began to work for city government in the 1970s, later to be hand-picked by the patrician Parks Commissioner Gordon Davis to head Brooklyn Parks Department in 1981.

Recently, Spiegel’s retirement party packed the historic tobacco warehouse building in DUMBO. Among the wall-to-wall “FOJ’s” — fans of Julie — were entire delegations of city council and state legislature who, thankfully, presented proclamations and praise as a group rather than individually.

Former City Commissioner Davis appeared and delighted the crowd with witty repartee and stories about Spiegel. Then, with uncharacteristic emotion, he called Spiegel “one of the greatest public servants that ever worked in this city…”

Except for Davis, no one had captivated the crowd so effectively from the podium until Spiegel himself stepped forward. Even before speaking he beamed at his chief of staff, the energetic and indomitable Martin Maher. Maher had, according to local legend, prepared the night’s mammoth feast single-handedly, and even a casual observer could feel the collective and supportive joy of a well-fed crowd of more than 700 people.
After Spiegel spoke there was a spontaneous roar and standing ovation. It was tangible testimony to his ability to work with the full spectrum of humanity in New York City. He had cajoled and begged powerful politicians for money; he had pleaded with wealthy private citizens to support parks even though they don’t use them and can escape to weekend retreats; and he always remembered the poor neighborhoods whose parks were so important because “they couldn’t escape to the Jersey shore or the Hamptons.”

As a public servant caught in the bureaucratic morass of “maintaining a mission while worrying about cutbacks,” Spiegel had opportunities to hone his wry sense of humor, sharpened with a realistic skepticism one would expect from the direct descendant of survivors of the Warsaw Ghetto. Here are a couple of the one-liners from his speech.

“Everyone wants to know why I’m retiring now, while still in my prime,” began Spiegel. (Pause.) “It’s because I can’t remember the damn passwords.”

“I was appointed by Commissioner Gordon Davis in the fall of 1981, and from day one I wanted to be just like Gordon: tall, thin, funny, married to a beautiful wife… (shrugs) so I married a beautiful woman.” (Tremendous applause.)

“I don’t really know what I’m going to do after retirement… maybe something I’ve deferred for years: a mid-life crisis, a pony tail and earring… One thing I know I won’t do is ‘give back.’”

“I have nothing to give back. (Laughter.) Whatever I took I took because I needed it. Let me tell you something: if you plan on giving it back, how about you don’t take in the first place?” (Laughter.)

“In my retirement, there are a number of questions I’d like to answer: Like, they’ve created seedless watermelons, why can’t they make bananas without all those strings. Also, in 29 years as commissioner I’ve been to probably a thousand concerts: why does the band leader go ‘1-2, 1-2-3-4’? Why can’t he go ‘1-2-3-4-5-6’?… And why don’t people applaud anymore when a plane lands? Has life gotten so cheap?… when did homage become ohmage?… and what is ‘due diligence’ and when it is due ?…”

In the style of a good performer, Spiegel left his audience laughing. But the exuberance and applause for Spiegel also originated from a ‘collective consciousness’: this crowd was thanking a parks commissioner who had raised more than a billion dollars for green spaces during his tenure, building or overseeing 200 parks, 200 playgrounds and some 400 other community gardens and green-space ‘vest-pocket’ parks in Brooklyn. Many decades past “green card” status, Brooklyn’s premiere Swedish-born immigrant, via Montreal, is True Green head to toe.

How’s Brooklyn: Hope for Jonah
People in the News