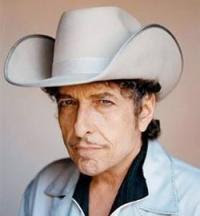 Bob Dylan
Spotted on Brooklyn’s shore recently were actress SCARLETT JOHANSSON and the crew of BOB DYLAN’s new music video for the song, “When The Deal Goes Down.” The single is off his lyrically controversial album, Modern Times, just recently released. (Is Dylan a pirate? A thief? Check out Suzanne Vega’s op-ed piece in last Sunday’s Times.)
But back to the Brooklyn video shoot. According to the Mayor’s Office of Film, Theatre and Broadcasting, Director Bennett Miller (Capote) wanted a 1950s New York setting, so Coney Island and its famous landmarks were a natural choice. Adding to the effect were cinematographer Adam Kimmel’s use of 30-year-old, hand-held cameras. 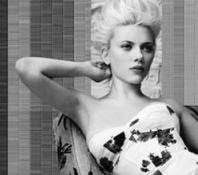 Scarlett Johansson
“What was so great about shooting in New York was the quickness of it all,” location manager Kevin Breslin told nyc.gov. “We were able to rent an old fishing boat out of Sheepshead Bay and shoot Scarlett looking at the Statue of Liberty, and then we were able to get right to the beach at Fort Tilden. “It was fun to film in the old arcades of Coney Island, he added. “It brought you back in time.”