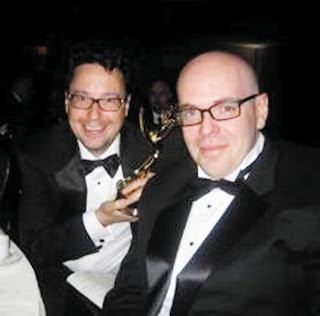 BOERUM HILL RESIDENT MATTHEW KELLS has intimately experienced a world few people ever will: For five weeks he lived in a monastery, learning and adopting the routines of the Benedictine monks. With the abbot’s blessing, he returned over the course of half a dozen years to document their peaceful existence on film. The final product, titled “The Everyday,” is Kells’ way of saying thank you for the first experience. Although it was intimidating, Kells says it was “one of the best things I ever did.”
“The Everyday” also makes more human a world that is often regarded as unknowable.
“They are very holy and very human,” says Kells of the monks at Mount Savior Monastery. “That is one theme of the documentary, that we are doing the same things, have the same sense of humor and disappointment, but [the monks’] values are different. I think a lot of people don’t think they can be holy and human at the same time.”
Years ago, as a television and radio major at Brooklyn College, Kells tried to land a major internship the summer following graduation, but without success. As he contemplated his empty, post-college summer, his professor, Sister CAMILLE D’ARIENZO, recommended a residency program at Mount Savior that takes a small handful of students at a time.
Six hours from Brooklyn in Pine City, N.Y., the monastery’s guesthouse helps generate income. For the program, however, Kells lived on the monastery proper, sharing the patterns and learning the values of the monks, and rising at 4:45 each morning for the first prayers.
One memory of that summer speaks to the sense of humor Kells encountered. One day, the abbot said to him, “You must have trouble sleeping at night with the sheep calling your name,” and walked away. Kells thought he was a little loopy, but that night, because the idea had been planted in his head, he heard the sheep bleating, “Matt, Matt,” and had a terrible time falling asleep. The next day, the abbot put his arm around Kells and noted, with a grin, “You don’t look like you slept much.”
Two years ago after founding his film company, Spooky Films, Kells felt drawn back to Mount Savior — “I knew something good was going on there” he says — because he attributes much of his professional success to going straight from college to the monastery. At first he didn’t know what shape the project would take, but he and friend SEAN McGINN returned to the monastery a few times each year, usually shooting eight to 10 hours of footage in a weekend. McGinn lives in Greenpoint, and most of the editing was done in his living room; the G train between them was affectionately labeled the “monastic express.”
The last weekend Kells and McGinn visited Mount Savior, they shot only four hours of film, but the final hour is composed mostly of that footage. Their vision had melded. The monks’ day is organized around seven prayer services, so the film keeps returning to the chapel, portraying both a day in the life and a year in the life, and revealing how the monks’ impact reaches beyond the hills.
In Kells’ own words: “‘The Everyday’ is an invitation into the private and holy existence of the monks of Mount Savior Monastery. The monks offer insights to the joys and the disappointments of monastic life and in the process, lay down the groundwork for a new way of thinking about our own ‘everyday’ lives.”
Kells was surprised to make back the money he put into the project for gas and rentals (“we never expected to make a penny”) and has since turned over all proceeds to the monastery where the DVD still sells regularly. “The Everyday” has been aired about 15 times on a dozen local PBS stations, and won a New York Emmy for Long Form Camera and Audio. Bed-Stuy resident CHRIS WARD was the sound editor; Kells was especially thrilled for him and McGinn to win Emmys because they had volunteered their time to the film. Prior Martin Boeler even came to the Emmys — in a suit.
Father MICHAEL PERRY, the priest who helped run the summer program at the monastery, was the officiant who later married Kells and his wife, Catherine, and baptized their baby, Fiona. Sister Camille, who encouraged him to go to Mount Savior, provided the voiceover for “The Everyday.” She is a broadcast professional for 1010 WINS and elsewhere.
Kells often films for Channel 13. One point in his company’s mission statement neatly summarizes his inspiration: “We believe, firmly, that good stories are all around us, waiting patiently for their tellers.” To watch or purchase “The Everyday,” visit www.spookytruth.com.
MORE NOTES ON PEOPLE: 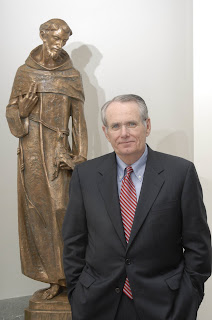 BRENDAN J. DUGAN will soon be officially installed as the 18th president of St. Francis College with a series of events from Sept. 29 to Oct. 2, the day of the formal convocation. Following that 9 a.m. ceremony, there will be a gala reception at Steiner Studios in the Brooklyn Navy Yard.
When his sister, Assemblywoman EILEEN DUGAN (D-Brooklyn), died of cancer in 1996, days after being sworn into her ninth term, Dugan decided to honor her life by establishing a scholarship at St. Francis in Eileen Dugan’s name. He received his Bachelor of Business Administration there in 1968, an experience he still remembers fondly and with appreciation.
Outgoing President FRANK J. MACCHIAROLA (’62) is stepping down after 12 years of leading St. Francis.