BROOKLYN-BORN JAZZ BAND WEE TRIO’s first album, released last month, has been described by impressed critics as ‘not-so-wee.’ The San Francisco Chronicle wrote, “With JAMES WESTFALL’s vibes in the forefront, the group has a fresh sound, and bassist DAN LOOMIS and drummer JARED SCHONIG flow like the tides. Wee’s sound is not wee, it’s huge.”
The bandmates — Westfall of Houston, Tex., Loomis of St. Louis, Mo., and Schonig of Los Angeles, Calif. — describe the synthesis of the band as something that just clicked. All living at Brooklyn at the time, they joined forces for a one-time tour and “quickly mushroomed into a brilliant collaborative musical exploration.”
On their debut recording, Capital Diner Vol. 1, in stores now, they mix original compositions with pieces by Kurt Cobain, Sufjan Stevens and Thelonious Monk — a combination of jazz, rock, fusion, post-punk that they see as embodying the borough’s energy and eclecticism.
Loomis tells the odd story of how the seed for Wee Trio’s album was planted at their first gig in Harrisburg, Penn. As they waited to play at the “beautiful looking” Capital Diner, they entertained themselves with the geography placemats on which all the state capitols were left blank, calling their friends and relatives for help until they had filled in the map. “We’ve kept the tradition alive and now know not only all of the capital, but also the state mottos, and some state birds. More than anything, it was a very unifying experience for us as a band.”
That first gig ended in the band getting shorted, they say, to the tune of $1000, but despite that shaky start — “the gig was unbelievably great and the music we made on that first tour inspired us greatly to keep the group going. There was an immediate personal and musical camaraderie between the three of us. The minute we were back in Brooklyn from the tour we recorded the album in about four hours!”
After living for a stint in L.A. (as the first vibraphonist to be accepted to the Monk Institute), Westfall recently moved to New Orleans with a desire to help rebuild the community with his New Orleans-native fiancée. Now a homeowner in the Habitat for Humanity’s Musicians Village, he will continue to meet his Wee Trio bandmates at their national tour destinations.
On Oct. 16, Wee Trio will play at the Cornelia St. Café at 8:30 p.m. See more info at www.theweetrio.com.
* * *
MORE NOTES ON PEOPLE
THE SECOND ANNUAL RED HOOK FILM FESTIVAL, directed by Park Slope filmmaker, photographer and location scout NATHAN KENSINGER, was this weekend, Oct. 11 and 12, from 1 to 6 p.m.
The festival, held at Brooklyn Waterfront Artist’s Coalition’s new screening room, 499 Van Brunt St., included 29 short films from Brooklyn and around the world, including several world premiers. The screenings (and popcorn) were free. Beer and wine were available by donation. Free key lime pies were available from Steve’s Authentic.
NYC COLLEGE OF TECHNOLOGY DENTAL HYGIENE PROFESSOR MARILYN CORTELL has been named an American Academy of Dental Hygiene (AADH) Fellow. The honor was awarded to Cortell as recognition for her achievements in teaching and practicing of dental hygiene.
Cortell’s professional career has covered much ground: she has served as a leader of professional associations on the local, state and national levels, and taught continuing education courses both nationally and abroad. She has also authored numerous articles in industry publications and contributed to the development of several dental hygiene textbooks.
Cortell is especially proud of her relationships with City Tech’s Dental Hygiene Clinic, which provides low-cost healthcare services, and with the department’s student-inspired “Send a Soldier a Smile” campaign, which has attracted national attention and support by providing much-needed dental health products to U.S. military personnel stationed abroad.
“Professor Cortell has exhibited a passion for her profession that has enabled her to accomplish professional milestones beyond those needed for this fellowship,” said City Tech Professor JOYCELYN DILLON, department chair. 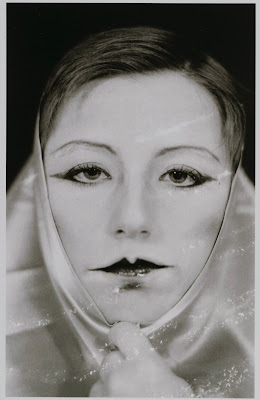 AS ONE OF THE MORE INFLUENTIAL CONCEPTUAL photographers of the twentieth century, CINDY SHERMAN will be honored at the Brooklyn Museum’s sixth annual Women in the Arts luncheon on Nov. 6. Sherman uses photography, often with herself as the subject, to address the stereotyped roles of women in society.
From the museum: “After moving to New York City in 1976, she began photographing herself dressed as fictional women that reference popular culture. Even though her work uses elements of portraiture, Sherman’s photographs deviate from documenting a specific person by portraying female archetypes like the housewife, the prostitute, the woman in tears, and the divorcee.”
The program will begin at 11 a.m. with an overview of Sherman’s career. Proceeds from the event will benefit a wide range of Museum programs. For information or to purchase tickets, call (718) 789-2493. Previous Women in the Arts honorees include ANNIE LEIBOVITZ, MAYA LIN, GUERILLA GIRLS, Dr. ELIZABETH A. SACKLER and Dr. MARY SCHMIDT CAMPBELL.
WELL-EXHIBITED BROOKLYN ARTIST MIYA ANDO will contribute her steel artwork to help fundraise for New York’s largest emergency food provider, St. John’s Bread and Life (serving more than 1,500 meals each day). The fundraising exhibit and reception will be hosted by chef ABIGAIL HITCHCOCK at Abigail Café and Wine Bar in Prospect Heights the evening of Oct. 23. Wine and hors d’oeuvres will be served.
“We’re making a concerted effort to encourage our Brooklyn neighbors to take part in what we do here in their own community,” said ANTHONY BUTLER, executive director of St. John’s Bread and Life. “With our ‘Give Where You Live Campaign’ we hope to continue to have more events to enlist the community’s help in what we do for the cause of hunger and poverty in our midst.”
St. John’s was recently in the news for implementing a digital food pantry. To learn more, visit www.breadandlife.org. Artist Ando, who paints on steel canvases, will be featured in the December/January issue of Nylon magazine.