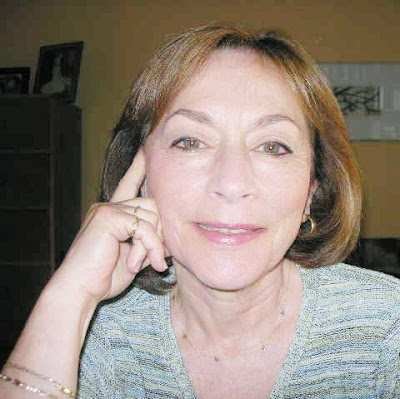 LONGTIME BROOKLYN HEIGHTS RESIDENT DOREEN HAZEL is a former schoolteacher who loves teaching and learning to the extent that she decided not to be done with education when she retired from Brooklyn’s PS 266. Now she is teaching teachers.
For years Hazel has studied and traveled to pursue her interest in the Holocaust—to Poland, Israel, Germany and elsewhere—and earlier this year she devised a way to use her knowledge and insight to give back to the community. She approached the administration of SoHo’s Anne Frank Center with a proposal to teach a class designed to help teachers develop a Holocaust and justice curriculum for their classrooms. The Department of Education agreed to give teachers “P” credits, or continuing education credits, for the class, although it is open to non-teachers, too.
The first semester was an intimate, multimedia forum for some deep discussions, says Hazel. She also learned some troubling facts.
“These teachers are saying their students don’t know who Anne Frank is,” she says. “The Holocaust is not taught in schools. It’s taught in New Jersey, and it’s supposed to be taught here, but I know it’s not.”
As survivors die off, who will bear witness, wonders Hazel, who has met several survivors of the Holocaust and “always feels very humbled.” This summer she visited Bergen-Belsen, the camp where Anne Frank and her sister were interned and died. “It was very moving. It took my breath away.”
Beyond lessons in the facts, she says Holocaust education is about character education, “teaching students to be good citizens and to see the dangers of bigotry, prejudice and racism.”
Through video, photos, The Diary of Anne Frank and visits from Holocaust survivors as guest speakers, Hazel and her adult students discuss complex issues of justice and racism, in a broader scope than just the Holocaust, ending with the questions, what can we do? How can I choose to participate? And how can I teach this to others?
Hazel has always felt strongly about civil rights, and “always knew prejudice was wrong,” but that understanding was taken to a new level, at times painfully so, within the family she created with her Dominican husband, Pedro, and their son, Andre.
“I saw what happened with my bi-racial son,” she says, alluding to harrassment as a direct result of his skin color. “You can only protect your child so much.” She remembers one incident, even earlier, when a former principal replied to the news of Hazel’s engagement with, essentially, “You are going to marry Pedro? What are your children going to be?”
She adds that she knows she’s “not going to change the world, but just one person at a time.”
“I believe in the ripple effect, that one person will touch more people and so on. As a teacher, that is what you can hope for.”
That is what she is now doing with the class, “Bringing Anne Frank to Life in Your Classroom,” which will begin its second session on Oct. 23, and go from 4 to 7 p.m. each Thursday for 10 weeks.
Enrollment is still open, although the class size will be kept small. Course cost is $310; a journal and The Diary of Anne Frank are included. For anyone interested in taking the class not for credit, the cost is $100 less.
“Students last semester gave good feedback,” says Hazel. “It was a good group and we got into some good discussions. It gets the gray matter moving.”
To sign up for the class or receive more information contact Maureen McNeil, director of education at the Anne Frank Center, at (212) 431-7993 x302 or mmcneil@annefrank.com.
* * *
MORE NOTES ON PEOPLE:
GIL STRATTON, a longtime television and radio anchor in Southern California, died Saturday of congestive heart failure at home, reported Newsday. The Brooklyn native was born in 1922 and attended Poly Prep. At age 19 he played a role in Broadway’s “Best Foot Forward.” Two years later he appeared in “Girl Crazy,” a film with Mickey Rooney in which he sang a duet with Judy Garland. Later he would star with Marlon Brando, Cary Grant and Ginger Rogers.
Keith Olbermann, who worked with Stratton in L.A., wrote this e-mail to Newsday: “In ’56 or ’57, [Stratton] had it on the highest authority that the Dodgers would not be moving to L.A. and said so on the air (and he used to laugh like hell when he said it on the air). In fact he told his viewers on KNXT that if the Dodgers did move to L.A., he’d jump off the end of the Santa Monica pier. They did, and so he did.”
IT WAS NO SURPRISE TO HER CO-WORKERS WHEN EILEEN MORA was selected as the latest Outstanding Community Service Award recipient, as related in this week’s Hamilton Connection. Mora is Fort Hamilton’s Child Development Center assistant director and family child care program manager. She started as a program assistant at the center about seven years ago while pursuing a degree in criminal justice, and climbed the ranks to become assistant director at just 24 years old.
“It put a ray of sunshine in my week,” said Mora. “A lot of our parents here are soldiers and other military members with the daily concern of accomplishing their missions, so I, as does everyone here, put in the 100 plus percent to ensure they don’t have to worry when their children are here.”